Mango (Mangifera indica) is the national fruit of India, where it is known as the 'King of Fruits'. Not only is it one of the most highly prized fruits of South Asia, it is also intimately connected with folklore and legends across many religions. The mango is believed to have been discovered as long as five to six thousand years in eastern India,Thailand, Myanmar, the Andaman Islands or Malaysia. 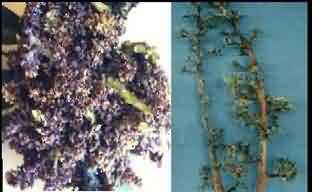 Two distinct types of malformations are vegetative and floral/blossom. 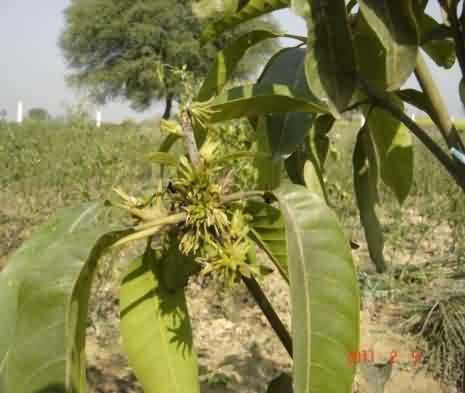 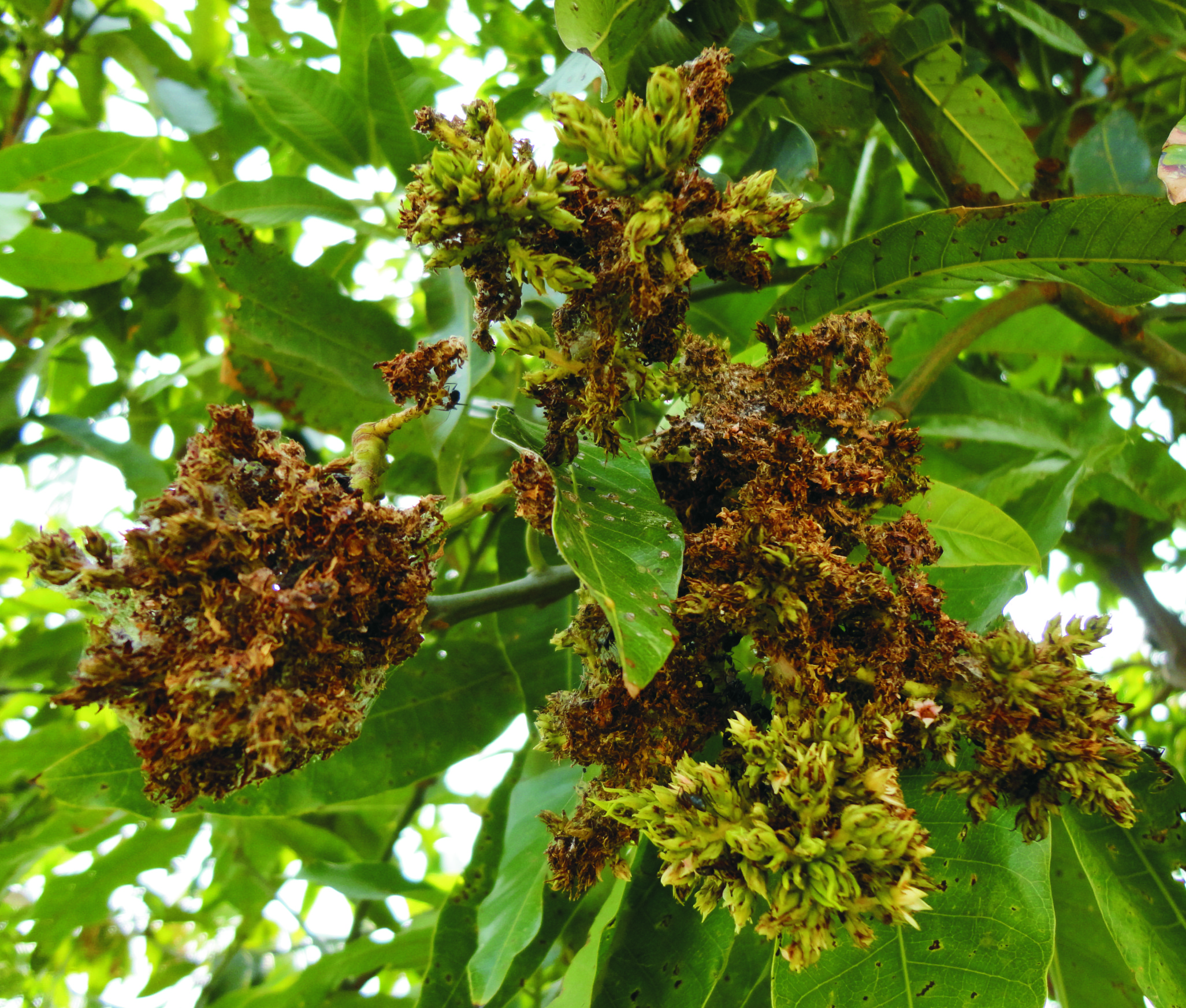 Carbendazim 0.1 per cent to give maximum disease reduction (95 %) in Dashehari and 91.30 per cent in Chausa.

High temperature of 32oC coupled with high humidity and rain splash is favourable for the disease development and spread.

The severity of infection depends on the honey dew secretions by the scale insects which provide the necessary medium for the fungal growth. 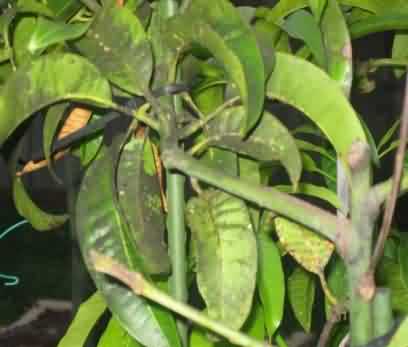 Relative humidity of about 50 per cent, temperature between 25-31o C and heavy rain are favouring the disease development. 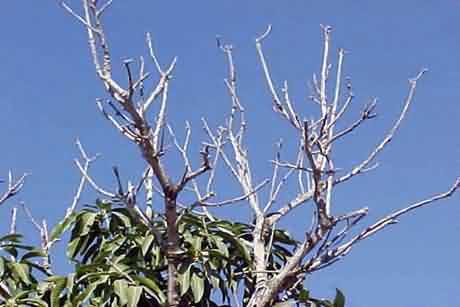