The spots join together as the disease progresses and large areas of the leaves dry up and wither. Similar spots are also formed on the sheath.

At the flower emergence, the fungus attacks the peduncle which is engirdled, and the lesion turns to brownish-black. This stage of infection is commonly referred to as rotten neck / neck rot / neck blast / panicle blast.

In early neck infection, grain filling does not occur and the panicle remains erect like a dead heart caused by a stem borer. In the late infection, partial grain filling occurs. Small brown to black spots also may be observed on glumes of the heavily infected panicles. 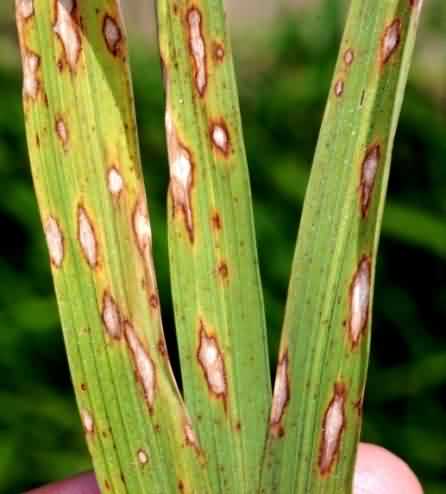 Symptom - Symptoms appear as lesions (spots) on the coleoptile, leaf blade, leaf sheath, and glumes, being most prominent on the leaf blade and glumes.

The disease appears first as minute brown dots, later becoming cylindrical or oval to circular. The several spots coalesce and the leaf dries up.

The seedlings die and affected nurseries can often be recognized from a distance by their brownish scorched appearance.

Symptom - Initial symptoms of sheath blight are noticed on leaf sheaths near water level. On the leaf sheath oval or elliptical or irregular greenish grey spots are formed.

As the spots enlarge, the centre becomes greyish white with an irregular blackish brown or purple brown border.

Lesions on the upper parts of plants extend rapidly coalescing with each other to cover entire tillers from the water line to the flag leaf.

The presence of several large lesions on a leaf sheath usually causes death of the whole leaf, and in severe cases all the leaves of a plant may be blighted in this way. The infection extends to the inner sheaths resulting in death of the entire plant. 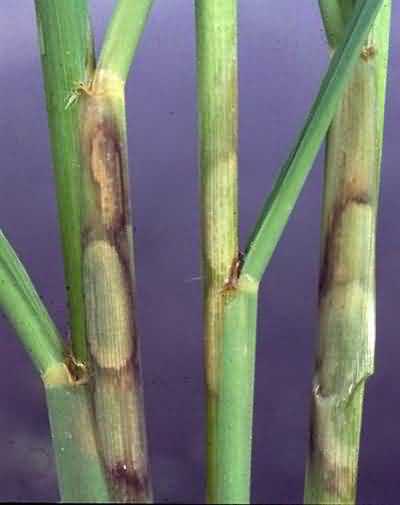 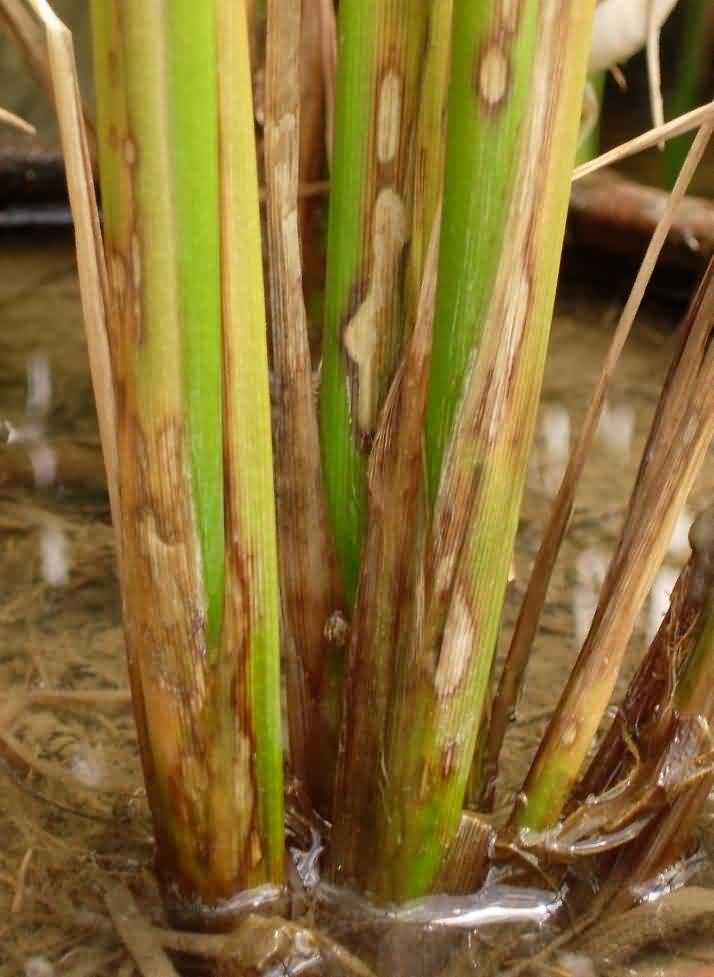 Symptom- The bacterium induces either wilting of plants or leaf blight. Wilt syndrome known as Kresek is seen in seedlings within 3-4 weeks after transplanting of the crop.

Kresek results either in the death of whole plant or wilting of only a few leaves. The bacterium enters through the hydathodes and cut wounds in the leaf tips, becomes systemic and cause death of entire seedling.

The disease is usually noticed at the time of heading but in severe cases occur earlier also. In grown up plants water soaked, translucent lesions appear usually near the leaf margin.

The lesions enlarge both in length and width with a wavy margin and turn straw yellow within a few days, covering the entire leaf. As the disease progresses, the lesions cover the entire leaf blade which may turn white or straw coloured.

Lesions may also be seen on leaf sheaths in susceptible varieties. Milky or opaque dew drops containing bacterial masses are formed on young lesions in the early morning. They dry up on the surface leaving a white encrustation.

The affected grains have discolored spots surrounded by water soaked areas. If the cut end of leaf is dipped in water, bacterial ooze makes the water turbid.

Symptoms- Small black lesions are formed on the outer leaf sheath near the water line and they enlarge and reach the inner leaf sheath also. The affected tissues rot and abundant sclerotia are seen in the rotting tissues.

The culm collapses and plants lodge. If the diseased tiller is opened, profuse mycelial growth and large number of sclerotia can be seen. The sclerotia may be seen in the stubbles after harvest. 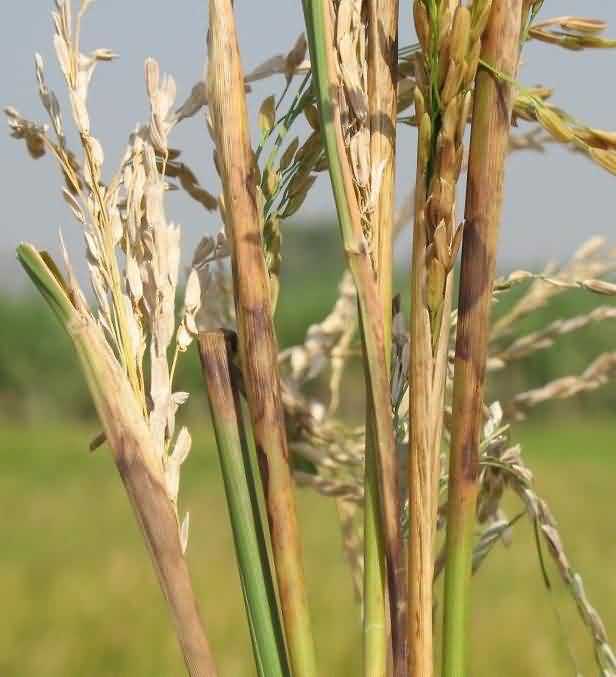 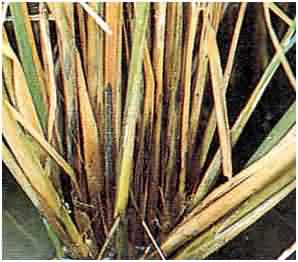