Mass trapping is just as the name suggests, placement of a large number of traps in an area, which usually have a sticky cardboard bottom baited with pheromone lures. The lure mimics the scent of a female moth attracting male moths to the trap with the result preventing or delaying mating.

Mass trapping requires a high density of traps in order to remove enough males to reduce insect damage. Mass trapping has been attempted for a variety of agricultural, orchard and forest pests on scales ranging from a few to thousands of hectares . The majority of mass trapping programs have been used for pest management rather than eradication program.

Mass trapping has been tested both as a stand-alone control method and in combination with insecticides and other treatments. It can help to reduce codling moth populations but won’t  eliminate the damage.

The key objective of mass trapping in pest management or eradication is to capture enough insects in the treated area before they reproduce or damage crops, which requires the following:-

Codling moth, Cydia pomonella L. is the predominant and key pest of apple, widely distributed in all the fruit growing areas of Ladakh and the damage caused by the pest is enormous. All the cultivars of apple indigenous and introduced both are reported seriously infested by pest with varying degree of susceptibility. It completes 1-2 generations in one season in Ladakh region.

Mature codling moth larvae overwinter in silken cocoons under loose bark in cracks and crevices, in the soil or in wooden materials (bins, ladders, poles, buildings, large pruning) or beneath stones beside infested trees.

Pupation starts during the month of April and adult emergence takes place during mid May coinciding with the pink bud stage of the crop and continues up to last week of August depending upon temperature.

In Ladakh region villages and hamlets are scattered and isolated. Due to small size of land holdings in the fruit producing areas, there are no well established and regular orchards, instead the fruit trees stand closely planted along the bunds of fields under cereals, vegetables or field crops.

Moreover, the apple trees in the region have a spreading habit and are kept untrained, unpruned and unmanaged. Therefore, under such circumstances the insecticide applications are much difficult because of socio-economic constraints and are not also environmentally acceptable.

In an area wide pest management programme during 2009 and 2010, pheromone technology was evaluated for monitoring and mass trapping of codling moth in this region as a component of integrated pest management strategy in six major apple growing areas of the Kargil region viz., Karkitchoo, Hardass, Shilikchey, Gongma, Poyen and Akhchamal.

The results revealed that during 2009 the adult emergence was observed during 2nd week of May which coincided with the pink bud stage of the apple trees. The average number of moth catches per trap per week was observed to range from 6 to 12 at these locations.

The total number of moth catches per trap during the season was observed to range from 35 - 185 moths depending upon the infestation of codling moth at these locations.

The results further revealed that the trap catch was observed to increase from first week of June and attained a peak value during mid June and then declined gradually at all the locations. 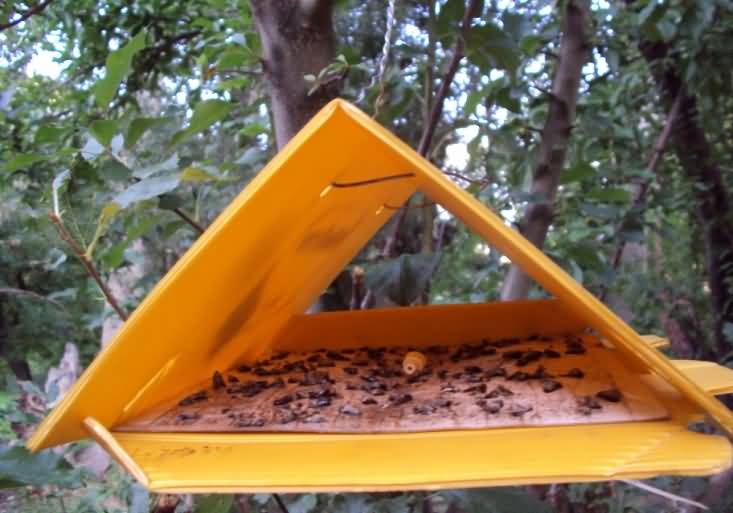 During 2010, the adult emergence was observed during last week of May and the average number of moth catches per trap per week was observed to range from 4 to 10 at these locations.

The trap catch was observed to increase from first week of June and attained a peak during last week of June, and thereafter the number of moths trapped decreased gradually at all the locations.

The highest peak of moths/trap/week was observed during last week of June at all the locations. The total number of moth catches per trap during the season was observed to range from 25-165 moths depending upon the infestation of pest at these locations. 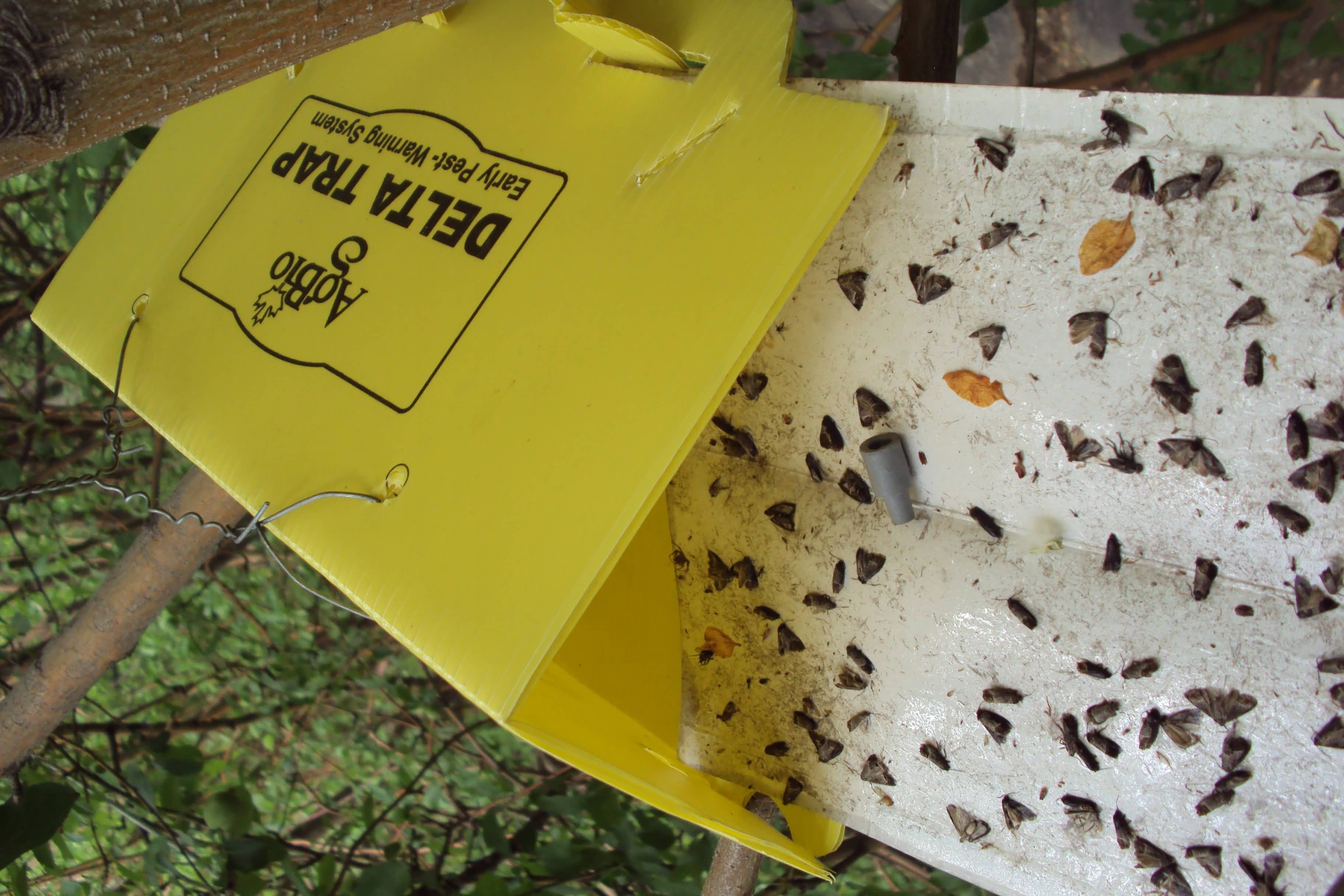 The difference in the adult emergence observed was attributed to the fluctuation in temperature as during 2010 the cold weather prevailed even during entire May.

However, during both the years a similar trend of moth population was recorded showing maximum population of male moth captured per trap in the month of June at all the locations.

The moth trap catches from August onwards during 2009 was observed to be as emergence of second generation moths.

Therefore, it is concluded that mass trapping has a tremendous potential in long – term pest management of codling moth in the region. If the pheromone traps are installed on a large scale in the upper canopy of the apple trees during the peak activity period of moth, it will bring a significant reduction in pest population density and subsequently in pest damage.