Corn or Maize (Zea mays L.) is high-yielding, fast-growing, highly adaptable and multi -utility cereal crop. Maize and wheat are the major source of carbohydrates and proteins for almost a half of the world's human population.

Maize is primarily grown as an energy crop, but the use of different specific types such as sweet maize, popping maize and white seeded maize is quite extensive. It is with respective quality parameters relating to tender ear characteristics, biochemical components relating to protein, sweetness, starch, oil and popping traits are considered as specialty corn.

Compared to field corns, specialty corns possess additional and characteristic features. Their global spread, increasing demand and premium price make them an attractive option for the farmers in many countries including India.

Specialty corns are amenable to numerous options pertaining to harvest time and various economical products.  A great diversity of maize grain properties provides the alteration of the grain composition in relation to quantity and quality of certain components.

Due to certain traits and the modes of genetic control of these traits, the mentioned specific types of maize require a special attention in the process of breeding, seed production, commercial production and processing.

Baby corn is the ear of maize plant harvested young, especially before or just after the silk emergence. The dehusked ears are crisp, sweet, succulent, delicious and can be eaten as salad vegetable.

Baby corn nutritional value is comparable to other vegetables. After harvest the plant by-products, such as tassel, young husk, silk and green stalk provide good cattle feed. It generates employment among the rural poor of all ages.

Baby corn is a good option for crop diversification. It suits best to peri-urban agriculture. It offers great potential to earn foreign exchange through export of fresh/canned baby corn and its processed products.

The cultivation practices of baby corn is similar to grain crop except, 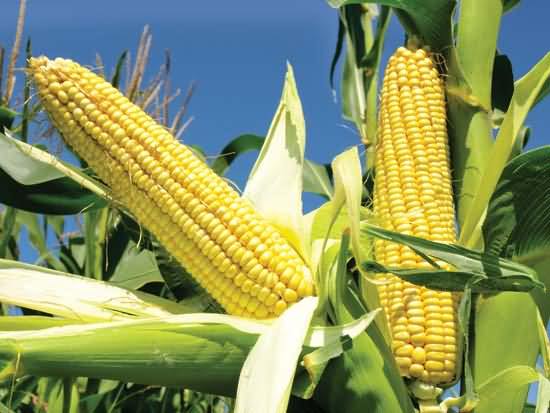 Sweet corn is a special maize variety in which it’s tender, delicious seeds eaten as a vegetable. In contrast to traditional field corn, sugar corn varieties are harvested when their corn-ears just reached milk stage.

Standard sweet corn at the immature, milky stage contains about 10 percent sucrose, while field corn in the same stage has about 4 percent sucrose. Its seeds or cobs either used immediately or frozen since sugar content in them quickly converted into starch.

To compete and find a nearby niche (like restaurant or roadside stand) for sweet corn, entrepreneurs should explore the potentials of moving these corns to consumers within a day of harvest.

These kernels at room temperature can lose as much as 50 percent of their sucrose by 24 hours after harvest.

Popcorn is a popular snack food throughout the world.

Kernels of popcorn range in colour from off-white to light gold, to red, black and many colours in between. When kernels of popcorn are heated, they explode and produce large puffed flakes (popping).

Although conditions for growing popcorn are the same as for dent corn, special harvesting, drying and storage practices are necessary to maintain popping quality

High oil corn is a special type of corn that has been bred to have higher percent oil content than regular yellow corn.  Typically yellow corn has 3.5 to 4.0% oil, high oil corn contain 7.0 to 8.0% oil.

In addition to the higher oil content, high oil corn kernels usually have a slightly higher percent protein and higher amounts of amino acids such as lysine, threonine, and tryptophan that are important in the diets of poultry and swine.

Generally, corn having oil content of more than 6% is called high oil corn. In corn kernel, 80 to 84% of total kernel oil is present in the germ region followed by 12% in aleurone and 5% in endosperm.

Utilisation of high oil corn in livestock feed improves amino acid balance and reduces the need for expensive dietary supplements. It is also recognized as an excellent source of antioxidants (tocopherol) and Vitamin E.

The waxy trait is controlled by a single recessive wx gene. Waxy corn is used by wet-corn millers to produce waxy corn starch which is utilized by the food industry as a stabilizer/thickener. Waxy maize is preferred for food in some parts of East Asia and also utilized in industries as it produces starch similar to tapioca.

email: This email address is being protected from spambots. You need JavaScript enabled to view it.