Heavy metals are some of the most serious environmental pollutants, particularly in water and soil. Heavy metal pollution poses a risk to the environment, and it can be detrimental to human health via the food chain. Thus, it is very important to determine effective methods for remediating heavy metal contamination.

Heavy metals in wastewater can have detrimental effects on all forms of life when discharged directly into the environment. The introduction of heavy metals into water is a growing and serious environmental and public health concern because of the toxicity of heavy metals and their non-biodegradable nature.

Many technologies have been developed for removing toxic heavy metals from wastewater. Methods used to remove heavy metals from wastewater include reduction and precipitation, coagulation and flotation, adsorption, ion exchange, membrane technology, and electrolysis.These methods are generally expensive or ineffective, particularly when the metal concentrationexceeds 100 ppm.

Adsorption is currently considered the best method for wastewater treatment because it is inexpensive, widely applicable, and efficient, and it generates relatively low amounts of sludge. There is growing emphasis on using alternative low-cost unconventional materials as sorbents in the removal of heavy metals.

A number of inorganic and organic adsorbents have been suggested for use in adsorption methods, including zeolites, clay minerals, fly ash, biosorbents, and activated carbon. There is also great attention to the use of nanoparticles for the removal of heavy metals due to their special properties, such as a high adsorption capacity, unsaturated surfaces, easy operation, and easy production.

The increased recent development of nanotechnology has broadened the available range of adsorbents. Nanomaterials such as carbon nanotubes, nanometal oxides, and magnetic nanoparticles have recently been investigated as possible materials for the adsorption of heavy metals.

The nanomaterials are used as the novel ones to remove heavy metal ions in wastewater. Materials with the particle size between 1 nm to 100 nm are defined as nanomaterials. With novel size- and shape-dependent properties, nanomaterials have been extensively investigated over a decade.

In recent years, the development of nanoscience and nanotechnology has shown remarkable potential for the remediation of environmental problems. Compared with traditional materials, nanostructure adsorbents have exhibited much higher efficiency and faster rates in water treatment.

Environmental pollution from hazardous metals and minerals can arise from natural as well as anthropogenic sources. Natural sources are: seepage from rocks into water, volcanic activity, forest fires etc. Pollution also arises from partitioning of polluting elements (which are concentrated in clay minerals with high absorption capacities), between sedimentary rocks and their precursor sediments and water.

With rapid industrialization and consumerist life style, anthropogenic sources of environmental pollution have increased. The pollution occurs both at the level of industrial production as well as end use of the products and run-off. These toxic elements enter the human body mostly through food and water and to a lesser extent through inhalation of polluted air, use of cosmetics, drugs.

Cadmium, zinc, copper, nickel, lead, mercury and chromium are often detected in industrial wastewaters, which originate from metal plating, mining activities, smelting, battery manufacture, tanneries, petroleum refining, paint manufacture, pesticides, pigment manufacture, printing and photographic industries, etc. The toxic metals, probably existing in high concentrations (even up to 500 mg/L), must be effectively treated/removed from the wastewaters. If the wastewaters were discharged directly into natural waters, it will constitute a great risk for the aquatic ecosystem, whilst the direct discharge into the sewerage system may affect negatively the subsequent biological wastewater treatment.

In recent years, the removal of toxic heavy metal ions from sewage, industrial and mining waste effluents has been widely studied. Their presence in streams and lakes has been responsible for several types of health problems in animals, plants and human beings. Among the many methods available to reduce heavy metal concentration from wastewater, the most common ones are chemical precipitation, ion-exchange, adsorption, coagulation, cementation, electro-dialysis, electro-winning, electro-coagulation and reverse osmosis (See in Figure 1).

Precipitation is the most common method for removing toxic heavy metals up to parts per million (ppm) levels from water. Since some metal salts are insoluble in water and which get precipitated when correct anion is added. Although the process is cost effective its efficiency is affected by low pH and the presence of other salts (ions). The process requires addition of other chemicals, which finally leads to the generation of a high water content sludge, the disposal of which is cost intensive. Precipitation with lime, bisulphide or ion exchange lacks the specificity and is ineffective in removal of the metal ions at low concentration. 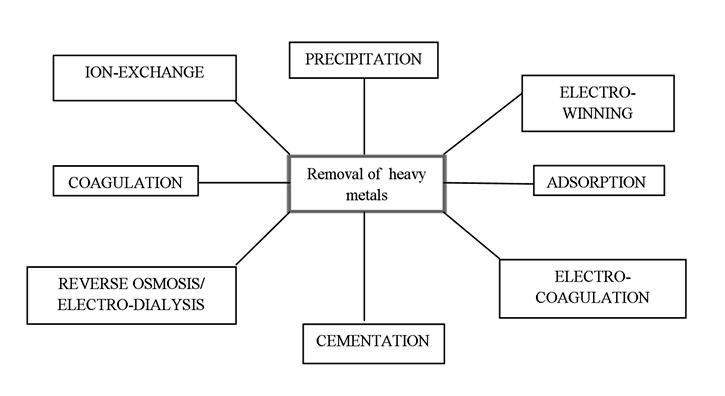 Figure 1: Some conventional methods for the removal of heavy metals.

Ion exchange is another method used successfully in the industry for the removal of heavy metals from effluents. Though it is relatively expensive as compared to the other methods, it has the ability to achieve ppb levels of clean up while handling a relatively large volume. An ion exchanger is a solid capable of exchanging either cations or anions from the surrounding materials. Commonly used matrices for ion exchange are synthetic organic ion exchange resins. The disadvantage of this method is that it cannot handle concentrated metal solution as the matrix gets easily fouled by organics and other solids in the wastewater. Moreover ion exchange is nonselective and is highly sensitive to pH of the solution.

Electro-winning is widely used in the mining and metallurgical industrial operations for heap leaching and acid mine drainage. It is also used in the metal transformation and electronics and electrical industries for removal and recovery of metals. Metals like Ag, Au, Cd, Co, Cr, Ni, Pb, Sn and Zn present in the effluents can be recovered by electro-deposition using insoluble anodes.

Electro-coagulation is an electrochemical approach, which uses an electrical current to remove metals from solution. Electro-coagulation system is also effective in removing suspended solids, dissolved metals, tannins and dyes. The contaminants presents in wastewater are maintained in solution by electrical charges. When these ions and other charged particles are neutralized with ions of opposite electrical charges provided by electrocoagulation system, they become destabilized and precipitate in a stable form.

Cementation is a type of another precipitation method implying an electrochemical mechanism in which a metal having a higher oxidation potential passes into solution e.g. oxidation of metallic iron, Fe(0) to ferrous Fe(II) to replace a metal having a lower oxidation potential. Copper is most frequently separated by cementation along with noble metals such as Ag, Au and Pb as well as As, Cd, Ga, Pb, Sb and Sn can be recovered in this manner.

Reverse osmosis and electro-dialysis involves the use of semi-permeable membranes for the recovery of metal ions from dilute wastewater. In electro-dialysis, selective membranes (alternation of cation and anion membranes) are fitted between the electrodes in electrolytic cells, and under continuous electrical current the associated.

2.  Nanoparticles for removal of heavy metal

Iron nanoparticle technology is considered to be among the ﬁrst generation of nanoscale environmental technologies. Over the past decade, permeable reactive barriers have been developed, as alternatives for the conventional pump-and-treat technology, and used to treat groundwater contaminated by different pollutants.

In these barriers, zero-valent iron (ZVI) can be used as a reactive material due to its great ability to reduce and stabilise different types of ions. When zero-valent iron is synthesised on the nanoscale, the uptake capacity increased largely due to the increase in surface area and density of reactive sites. An equally important property of nanoscale iron particles is their enormous ﬂexibility for in situ applications. Modiﬁed iron nanoparticles, such as catalysed and supported nanoparticles, have been synthesised to further enhance the speed and efﬁciency of remediation.

Many metal oxides and metal oxide mixtures are capable of serving as adsorbents in surface chemistry when prepared and activated correctly. Titanium dioxide is the most widely investigated metal oxide because of its high stability, high photocatalytic activity, nontoxicity, and excellent dielectric properties. Magnesium oxide is nontoxic, noncorrosive, thermally stable, and environmentally friendly.

Nano-alumina is one of the most important ceramic materials; it is widely used as an electrical insulator. It has exceptionally high resistance to chemical agents and provides excellent performance as a catalyst or catalytic support in many chemical reactions. This material is widely used in structural, microelectronic, and membrane applications as well as water and wastewater treatment.

In this study, we selected two commonly used nanoparticles (TiO2 and Al2O3 and one that is rarely used (MgO) to evaluate the properties of nanoparticles when applied to heavy metal removal. There is no previous report on competitive removal of heavy metals from solutions and mechanisms of metals absorption using the above nanoparticles, especially MgO nanoparticles. This study investigated the kinetics and equilibria of the Cd, and Pb uptake efficiency from aqueous solutions under batch conditions with nanostructured TiO2and Al2O3in single- and multiple-component solutions.

With the emergence of nano science andtechnology in the last decade, research has been initiated to exploit the unusual and unique properties of carbon nanomaterials (CNMs). CNMs may exist in several forms, such as, singlewalledcarbon nanotubes (SWCNTs), multiwalledcarbon nanotubes (MWCNTs), carbonbeads, carbon fibres and nanoporous carbon.CNMs have been studied widely for potentialapplications in catalyst supports, optical devices, quantum computer, and biochips. CNMs are engineered materials targeted to exhibit unique surface morphologies;

Nanocomposite is a multiphase solid material with one of the phases having dimensions less than 100 nanometers in one, two or three dimensions. Particularly, polymer-based nanocomposites often present superior physical, chemical and mechanical properties, as well as superior compatibility, as compared with single polymers, by incorporating the advantages of both counterparts in the composites.

Recent researches have indicated that nanomaterials as sorbents are useful tools for heavy metal removal, due to their unique structure and surface characteristics. These materials are capable to remove heavy metal ions at low concentration, with high selectivity and adsorption capacity. These properties of nanosorbents make them ideal materials for wastewater treatment technology. To explain the mechanism of adsorption process, adsorption isotherm and adsorption kinetics are concluded in this paper.

Although nanosorbents, such as CNTs, nanometal or nanometal oxides, and other organic sorbents, are used successfully in removal heavy metal ions in wastewater, it still remains several problems; wastewater treatment on a large scale is the essential one. Besides, to develop some environment friendly and inexpensive nanomaterials is also the key work.

With the nanotechnology developed, the exploitation of new efficient adsorption materials is essential and will continue infinitely,the future of nanomaterials in removal heavy metal ions in wastewater treatment is fairly bright.

E-mail: This email address is being protected from spambots. You need JavaScript enabled to view it.